The Family coat of arms
“Envy is virtue’s companion” 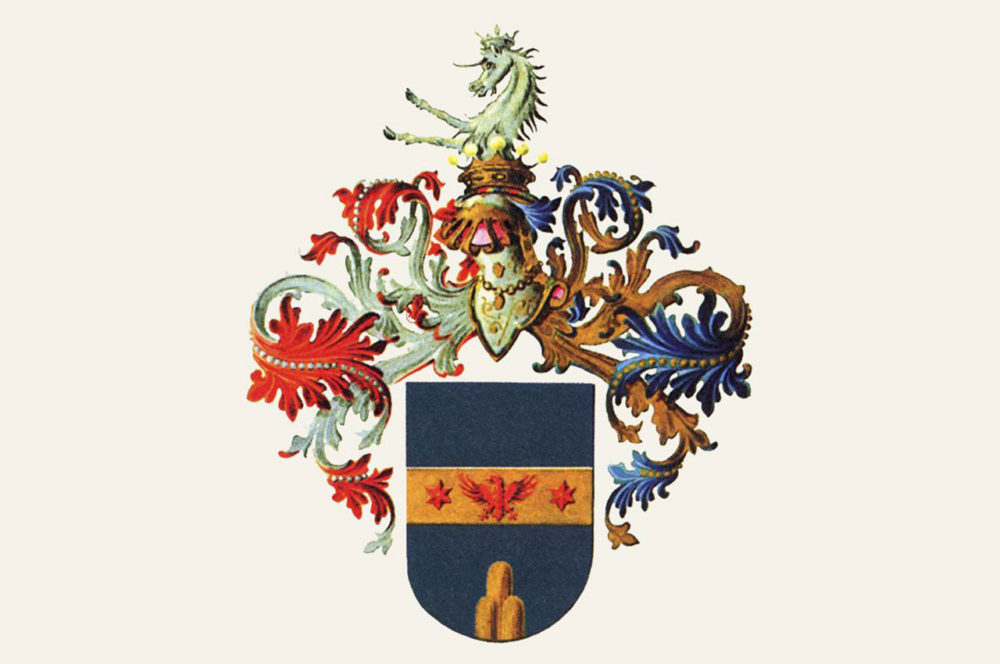 The coat of arms of the François Family bears the motto ‘virtutis invidia comes’ – ‘envy is virtue’s companion’ – together with symbols and colours which attribute certain characteristics to the family like a sort of historic DNA:
“A gold band on a blue field is embellished with an eagle with its wings spread in the centre and two red six pointed stars alongside and the three golden mountains on the point. At the top is a crest with the shield, the helmet and the closed visor, the unicorn head and above them a marquis’s crown”.

The colours and their meaning

The band with the two stars and the eagle on is the symbol of the historic Guelph families and also of the Cavalry or other army ranks.
Gold is the most aristocratic colour of all and symbolises power, faith, wealth and command.
As the colour of the sky, blue embodies many qualities, representing the nobility of the ideas which rise upwards towards infinity. It symbolises incorruptible steadfastness, because the sky can neither be corrupted nor changed; glory in that it stands out on earthly things and virtue because it is a celestial quality. 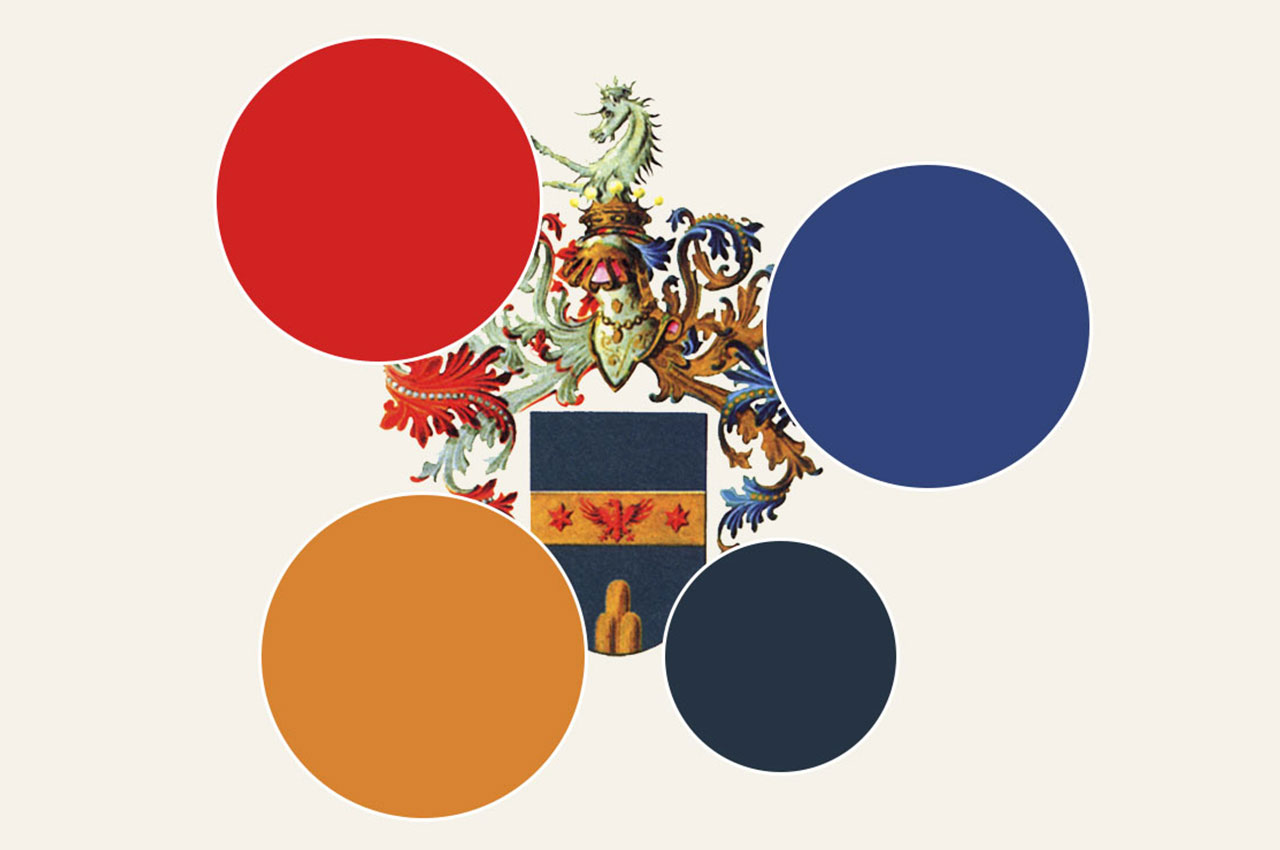 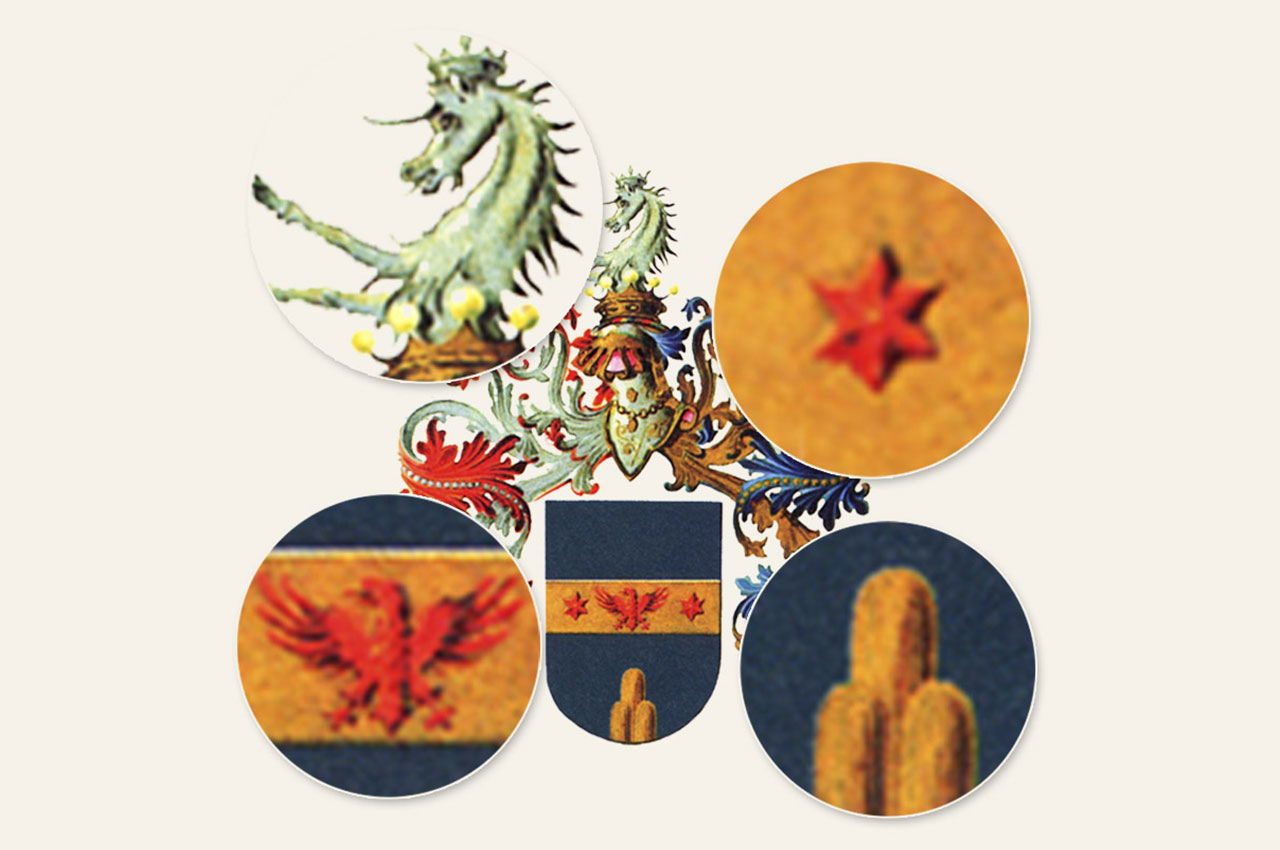 The eagle, shown with its wings outstretched in the act of attacking, evokes the pride of high birth and awareness of rank. It is also a symbol of imperial grant.
The unicorn, on the other hand, symbolises strength and generous victory.
The three mountains shown in the emblem are in characteristic three peaks Italian style, i.e. with cylinders surmounted with spherical domes that overlap in a pyramid pattern. This stylised depiction indicates properties, more or less numerous according to the mountains shown. It would also be a reference to the family’s ancient Haute-Savoie origins.
The stars symbolise aspirations to superior entities, to sublime actions under the sure guidance of the divine laws, which were to keep the Aristocratic house happy and prosperous. In Tuscany the star also marked out families supporting the Guelph faction.