History
“The castle and the hills embracing it are suffused with history and atmosphere, a story to discover…” 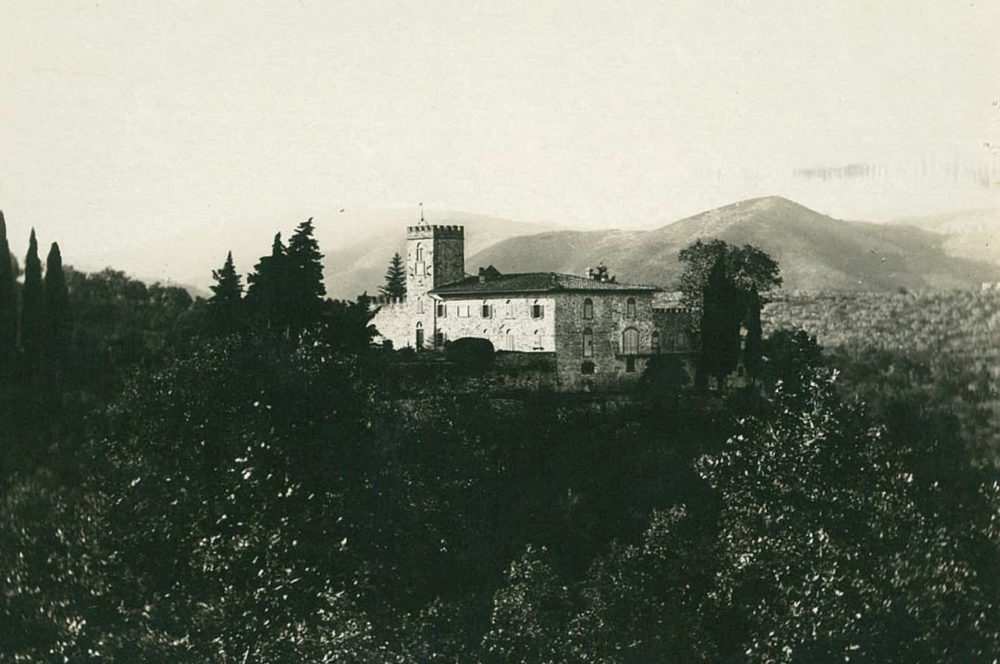 The origins of the Castle

Originally built to defend the area around it, like a watch tower over one of the Roman era’s main roads – Via Cassia Imperiale, built by Emperor Hadrian in 123 A.D. – today it is set deep in Chianti’s characteristic hills and forests, watching over its precious vineyard and olive grove heritage stretching out over the slopes of the Dudda valley, from Sugame pass to Lucolena and Mt. San Michele.
Its long L-shaped body, its characteristic tower in the centre of the façade, and its historic Guelph battlements conjure up beauty and history packed medieval castles for visitors.

The current Castle was built in the 16th century. The original medieval castle was sacked, burnt down and destroyed at the end of the 15th century, during one of the many wars fought at that time, together with the houses around it. Its walls were almost entirely dismantled with only the part overlooking the valley remaining, and still visible today, and partly supporting the subsequent building. 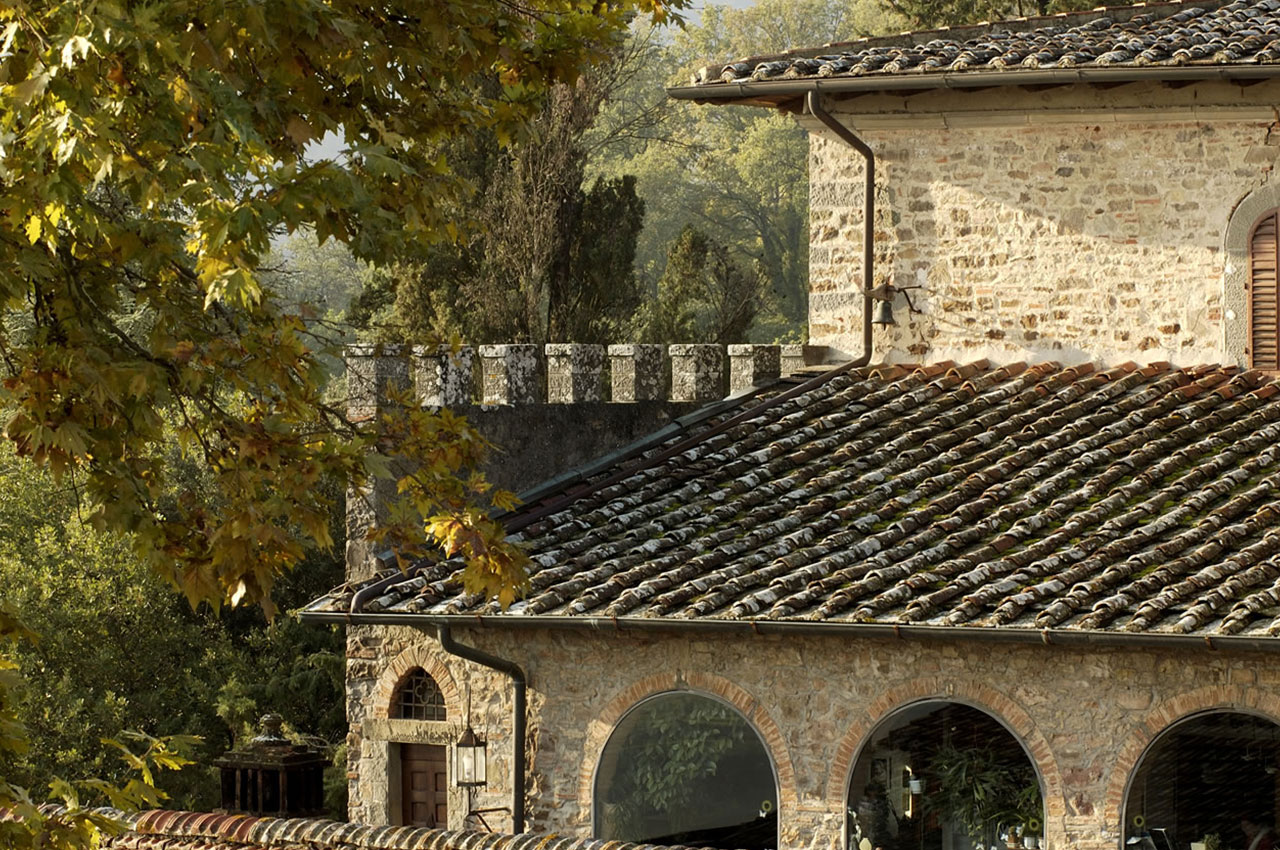 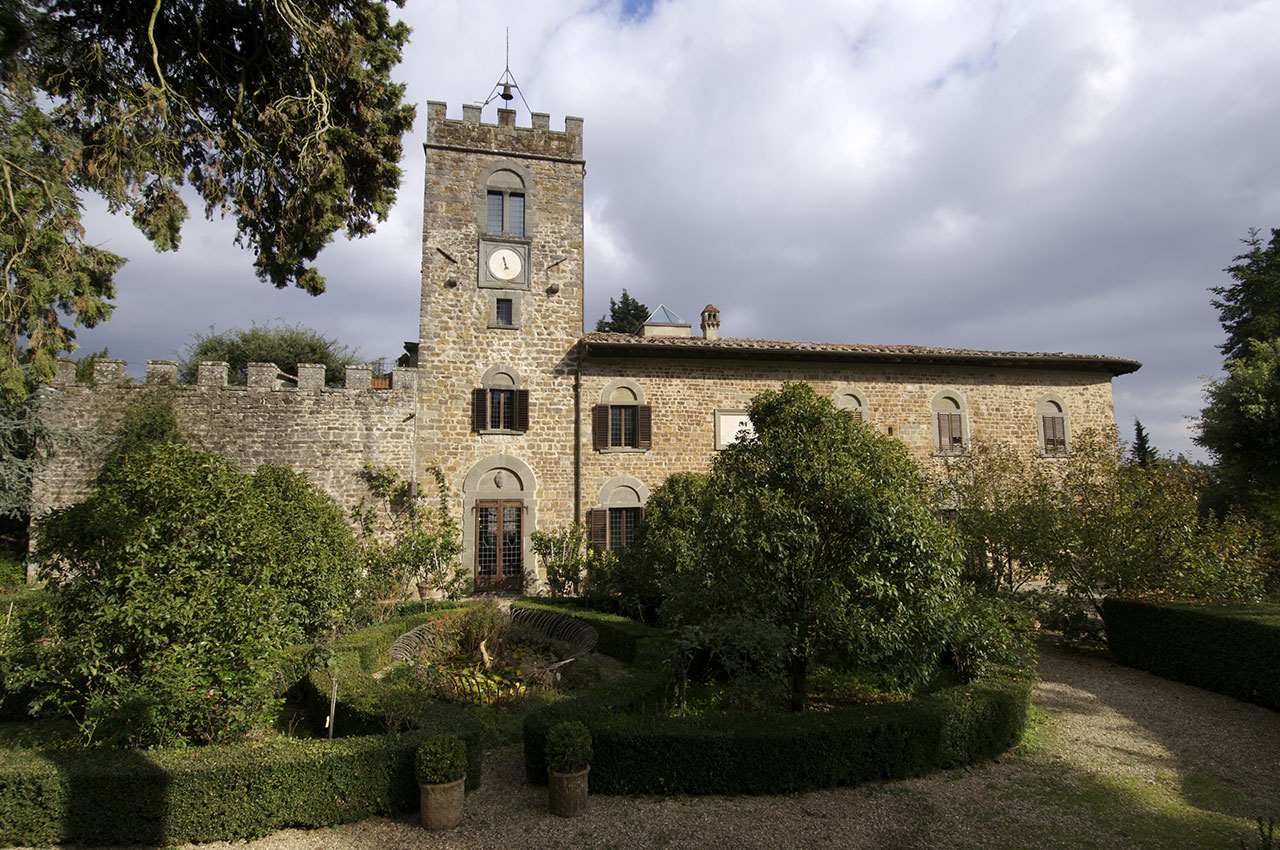 Restoration began thanks to the efforts of one of the Canigiani family members, the building’s then owner. It was then bought by the famous Pitti family, who owned it for a long period of time and used it as a country residence. From 1897 onwards, it is the property of the François family and the emblem of the company, one of Chianti Classico’s historical estates.